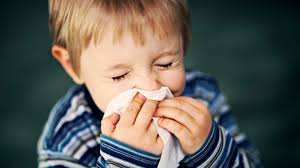 Common cold is a viral infectious disease which  affects the nose, throat, sinuses, and voice box may also be affected. The rhinoviruses is the most  cause for common cold.  People with influenza often show similar symptoms as people with a cold, though symptoms are usually more severe in influenza. There is no vaccine for the common cold. The need for a vaccine against rhinoviruses is necessary because there are more than 100 varieties of rhinovirus causing common cold circulating around the world.

The researchers report in Nature Communications ; Vaccines that combine dozens of varieties of rhinovirus at once are effective in stimulating antiviral antibodies in mice and monkeys. Researchers in 1960s showed that it was possible to vaccinate people against one variety of rhinovirus and prevent them from getting sick when affected with samples of the same virus. The main problem arises due to the diversity of the rhinoviruses.

Researchers from Emory University School of Medicine and Children’s Healthcare of Atlanta took 50 types of rhinovirus and mixed them together into our vaccine, and made sure we had enough of each one,” Moore says. “If we make a vaccine with 50 or 100 variants, it’s the same amount of total protein in a single dose of vaccine.

“There are no good animal models of rhinovirus replication,” Moore says. “The next step would be human challenge models with volunteers, which are feasible because the virus is not very pathogenic.”

Emory University School of Medicine has provided the vaccine technology to a startup company, Meissa Vaccines, Inc., which is pursuing a product development plan with support from the National Institute of Allergy and Infectious Diseases’ vaccine manufacturing services